Over the last month I’ve been leading seminars at MEPC on how to preach. Preparing for them was both intimidating and rewarding. It was intimidating, because I’m only a novice preacher myself. I don’t have a wealth of experience to draw from. It was rewarding because I could draw on what I’ve been taught about preaching, thus refreshing and consolidating my own preaching. 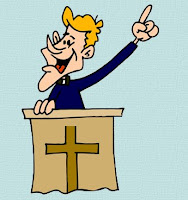 Over the next few days, I’ll put up some posts on what I said about application. It’s a framework which tries to make application compelling, motivating, persuasive. It’s an attempt to bridge that ugly ditch between head and heart, between information and transformation. I’d like your feedback on it.
Ephesians 4:22-24:

22 You were taught, with regard to your former way of life, to put off your old self, which is being corrupted by its deceitful desires; 23 to be made new in the attitude of your minds; 24 and to put on the new self, created to be like God in true righteousness and holiness.

Application needs to be both negative and positive. It needs to exhort people to ‘put off’ the old, and encourage people to ‘put on’ the new. This is a call to repentance: turning away from sin, Satan and the world, and turning to God (1 Thess 1:9). It is also a call to faith: rejecting faith in false gods and idols, and putting our faith in the one true God, who has revealed himself in Christ Jesus (Acts 17:22-34).
I think Ephesians 4:22-24 gives us three very useful categories for application:

In my next few posts, I’ll expand on each of these three, with examples. For now, let me explain the logic underlying them.
At all three points, we need to give people specific directions for God-ward change, which are relevant for their particular circumstance. This is why we need to know our congregations well. We need to know how the world, the flesh and the devil seek to control them, and hinder their growth in loving and serving God and each other. The better we know them, the closer we can target our specific advice for change.
I hope this specificity makes the application compelling. I hope people think “yes – that describes me! If everyone else is gossiping about someone, it’s easier for me to join in and laugh with them, rather than trying to defend the person. But I can see that God would want me to say something nice about the person instead – even if everyone then turns on me, and bags me out”. That might be one application of Ephesians 4:29, “Do not let any unwholesome talk come out of your mouths, but only what is helpful for building others up according to their needs, that it may benefit those who listen.”

I hope this framework also helps us motivate people to make this change. This motivation won’t come fundamentally from our oratorical prowess as preachers. Rather, I hope it comes from by our hearers being convicted that the specific directions we’re giving them enact the true, healthy, God-honouring life that the passage calls us to live. I want my congregation to see the world and themselves differently, so that they find those specific directions compelling, persuasive (hence, worldview – self – desires). I want them to see that the anti-God way of living is, from God’s point of view, sick and disgusting. I want them to be repelled from it. And I want them to see God’s way of living as beautiful, healthy. I want them to be attracted to it.
Thoughts, anyone?
Posted by Kamal Weerakoon at 12:13 1 comment: 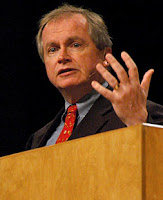 Don Carson has had a key impact on worldwide Evangelicalism for years. The Gospel Coalition has just made dozens of his articles available on-line for free. Read, mark, learn.
Incidentally - Andreas Kostenberger, a former student and colleague of Dr. Carson, has written a detailed biography of him. PDF file.
Posted by Kamal Weerakoon at 11:54 No comments:

Tim Challies has an excellent post on the big effect of small sins.
Posted by Kamal Weerakoon at 09:58 No comments:

Sorry for the long silence, everyone. Been writing essays for college, then got knocked over with a virus. Anyone, I’m firing on all cylinders again now.

Tonight, I’m off on the Presbyterian Youth (“PY”) Winter Camp. It goes for the whole long weekend, and draws together young people from the whole of NSW. The camp's grown so much that this year they've had to split it over two locations. I'm going on the senior camp, which is at Port Hacking - an excellent, scenic site. The theme is mission, the talks are from the book of Jonah. The junior camp is in Stanwell Tops - which, come to think of it, is also an excellent, scenic site... PY has good taste in campsites...
Camps have always been a key part of state-wide Presbyterian youth ministry. Two years ago, I wrote an essay on the Presbyterian youth movement for an assignment at Moore College. One of the people I interviewed for that essay (Simon Fraser, currently the NSW Presbyterian Church’s law clerk) said:

My involvement with what you call conservative thinking and theology was entirely through the PFA. I had no experience of it before getting involved with camping, and particularly in attending the summer camps and winter camps and leadership training camps and so on.

One of the key youth leaders, Don Geddes, said:

There was such a tremendous hunger amongst those young people. They had question after question… it was flat out evangelism, really, and teaching from the Scriptures… there would hardly be one [camp] where there wasn’t somebody converted. In my essay, I concluded that the Presbyterian youth movement, particularly though its camps, has quietly had a big influence in evangelising young people, and training them for ministry.
I’m not playing a big role at this camp. I’m pastoral carer for four of the young leaders: two Bible study group leaders, and two musicians. My role is to catch up with them briefly through the camp, see how they’re going, and generally be there for them. The aim is to make sure the leaders don’t feel like they’re on their own, but they have someone looking after them, to whom they can turn if they need help or counsel.
Usually at camps, I’m really busy with some form of leadership myself: administration, leading a small group, delivering the talks – whatever. This’ll be the first time my role is less task-focused, and more relational: relax, watch others, and see how they’re going. I’m quite looking forward to it.
On the Saturday night of winter camp, instead of a Bible talk, they have an activity, which may or may not be in line with the theme of the camp. This year, we’ve got a special guest – Dr. Pat, better known to me as Mum – talking about her two favourite topics: God, and sex. Let’s see what happens.
Posted by Kamal Weerakoon at 10:30 No comments: