More atheist invective recoils on itself 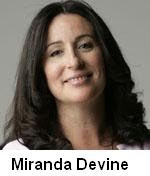 Miranda Devine has some insightful comments on Dawkins & Hitchen's anti-Papal crusade. Includes comments on worrying developments in Holland and America, where certain elements are trying to normalise pedophilia. See the article for details.
Posted by Kamal Weerakoon at 19:41 1 comment:

They say imitation is the purest form of flattery. I’ve just discovered Clive Cussler tipping his hat to Alistair Maclean.

Guns have different characteristics in appearance. Some look relatively harmless, some ugly, some business-like, some wicked-looking. The Mannlicher-Schoenauer in my hand just looked plain downright wicked. Very wicked indeed. The white light from the Coleman [lantern] glittered off the blued metal, menacing and sinister. It was a great gun to terrify people with. [Page 145, 1980 edition.]

The Mauser, Model 712 Schnelle Feuer Pistole, Serial Number 46405 could only be described as a grotesque firearm. Every handgun offers a different hallmark in appearance. To the eye, some look relatively harmless, some cruelly nasty, some cold and efficient, some bloodthirsty. The one [Dirk] Pitt lifted from his suitcase looked positively bloodthirsty… It was the perfect weapon to induce terror into any poor unfortunate who found himself gazing helplessly into its muzzle. [Page 47, 1990 Sphere edition.]

Posted by Kamal Weerakoon at 12:21 No comments:

L'Abri is the French word for "shelter". L'Abri fellowships are places where people - Christian and non-Christian - can come to ask honest questions about the deep questions of life, and hear honest answers from an honestly Biblical Christian perspective. The movement began in Switzerland in 1955, in the home of Francis and Edith Schaeffer. It's now an international ministry.
The fellowship have put their lecture library online for free download. Hours and hours of stimulating material on everything from art to sex to the nature of reality to what it means to be human to... well, everything! Tolle, audio! (Take, listen!)
Posted by Kamal Weerakoon at 20:51 No comments:

SWEATCON is open to anyone who lives or goes to church in south-west Sydney, and wants to improve their understanding of the Bible and their skills in ministry -youth group leadership, Bible study leadership, service leading, sunday school, whatever. Open to people of any age. Meant to be especially accessible to people from a working-class, practical, trades-based background.
For more info, see http://sweat.org.au/.
Posted by Kamal Weerakoon at 20:09 No comments: